On 11 October 2020, the General Office of the Central Committee of the Communist Party of China and the General Office of the State Council issued the “Comprehensive Reform Pilot Implementation Plan for Shenzhen’s Construction of a Pilot Demonstration Zone of Socialism with Chinese Characteristics (2020-2025)” (Pilot Plan). The Pilot Plan affirms the achievement of Shenzhen as a special economic zone in the nation’s reform and opening up efforts of the past 40 years. It also puts forward a series of pilot reform measures in seven aspects with the goals of improving the market-oriented system and mechanism for resource allocation, creating a market-oriented law based international business environment, improving the environment for technological innovation, furthering the high-level opening of the economic system, improving the system of the supply of service for people’s livelihood, improving the ecological environment and urban space governance system and strengthening safeguard measures. Among them, the major economic-related measures include the following:

The Pilot Plan covers various aspects of social life. From an economic perspective, its main goal is to build Shenzhen into a fintech centre. It is expected that special supporting polices will be issued for Shenzhen particularly with respect to capital financing, digital RMB and the internationalisation of the RMB. The Pilot Plan stresses the opening of Shenzhen’s financial market to foreign investment. Due to the special geographical position of Shenzhen, which is adjacent to Hong Kong and Macao, and with CEPA and the development of the Greater Bay Area in the background, the coming market opening policies for foreign investment in Shenzhen may make it a leading destination for investment in China. The Pilot Plan is a five-year plan, which aims to launch a series of important reform measures in 2020, make progress in 2022, and achieve landmark results in 2025. It is expected that corresponding implementation rules and regulations will be issued before the end of this year and follow-up measures will be released in the coming five years. International and domestic investors alike should benefit from these developments. 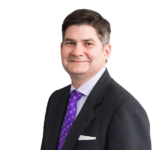