On 19 December 2019, the Hong Kong Intellectual Property Department (IPD) launched a new type of patent and implemented several other changes to Hong Kong’s patent system. While the existing system for re-registration of Chinese, UK and European patents in Hong Kong has been maintained, a new “original grant” patent is also available.

These changes were implemented by the Patents (Amendment) Ordinance 2016 and Patents (General) (Amendment) Rules 2019 and marked the culmination of a 5 year review of Hong Kong’s patent law.

Introduction of an OGP

Under the OGP system for standard patents (O), it is possible to file a standard originating patent application directly with the Hong Kong Registrar, either with a claim to priority, or as a first filing, thereby obviating the need for a foreign designated patent application. A standard originating patent application is subject to a substantive examination by local patent examiners in Hong Kong (with technical assistance from the Chinese National Intellectual Property Administration – Chinese Patent Office) before it will be allowed to proceed to grant. The resulting patent will carry a similar presumption of validity as a corresponding standard patent under the re-registration system.

The standard originating patent will be of benefit to applicants who have no interest in securing patent protection in China, Europe or the UK, but wish to find a more cost effective way to obtain a 20 year patent monopoly in Hong Kong. However, applicants who file in China, Europe or the UK may find the existing re-registration system to be more economical. Thus, the original grant patent is likely to be of most interest to Hong Kong companies whose focus is on Hong Kong, rather than overseas markets.

It is important to note that it is not possible to file a Hong Kong standard originating patent application directly from an international PCT application. Consequently, the re-registration system is still the only route via which a standard patent may be obtained in Hong Kong via the PCT.

This substantive examination procedure facilitates challenging the validity of a short-term patent by third parties and should help to ensure that only short-term patents with a high presumption of validity are the subject of litigation.

The short-term patent system has also been amended to permit a second independent claim. This enables applicants to obtain more than one species of claim, such as a product claim and a method claim which means broader short-term patent protection can be obtained more cost effectively than before.

In Hong Kong, letters before action must be worded carefully to avoid being classified as unjustified threats, for which the patent owner may be liable, if the patent is later found to be invalid or not infringed. Under the amended law, with respect to short-term patents, there is an additional requirement that for a short-term patent which has not yet received a certificate of substantive examination, the patent owner must comply with any request for patent information by a party receiving a letter before action. Compliance must be within 14 days of the request. “Patent information” is defined as including the patent number and a copy of any request for post-grant amendment which has not yet been published.

The Hong Kong Registrar or a Hong Kong court has the power to determine whether a person is entitled to apply for a standard patent (O) in relation to an invention, whether or not a standard patent (O) application has been filed. Where an application has been filed, the Register or court may determine whether any right in or under the application, should be transferred or granted to any other person.

For standard patents (O) and short-term patents, the law provides for restoration of priority up to the end of 2 months after the expiry of the normal 12-month priority period. The application for restoration of the priority will be allowed if the applicant can show that the failure to file within the 12 month priority period was despite having taken reasonable care to do so. This approach is analogous to section 5 of the UK Patents Act 1977 and provides greater flexibility in Hong Kong for resurrecting late priority claims. In contrast, China does not allow late claims to priority after the expiry of the 12-month priority period.

As with other major jurisdictions in which substantive examination is carried out, there is a mechanism for third parties to submit observations in respect of both a standard originating patent application and a short-term patent. Observations can be a useful tool for third parties to intervene in the substantive examination procedure and influence the decision of the Registrar without becoming officially involved in proceedings.

Post-grant amendment before the Registry

There is now a post-grant amendment procedure for both a standard originating patent and a short-term patent in respect of which a certificate of substantive examination has been issued. This enables a patent proprietor to submit requests for amendment in respect of such patents not only to the court but also to the Registrar. This is beneficial as it is simpler and cheaper to make a post-grant amendment with the Registrar than with the court.

However, for a standard patent obtained via the existing re-registration system, the court will continue to be the only authority through which a post-grant amendment may be made.

Previously, Hong Kong’s patent law did not contain any express provision in respect of the novelty of so-called “second medical use” inventions. These relate to a new medical use of a substance or composition where the first medical use is already known. This is in contrast to the legal position in jurisdictions such as Europe and the UK where second medical use claims are specifically permitted through explicit legislative provisions.

This discrepancy gave rise to potential uncertainty for proprietors of Hong Kong patents and, in particular, proprietors of patents that include second medical use claims equivalent to those of the corresponding designated patent in China, Europe or the UK.

The changes to the law have brought Hong Kong into line with Europe and the UK by including similar provisions for novelty of second medical use claims and removed uncertainty for patent proprietors and third parties.

The introduction of the OGP was an important step in modernizing the Hong Kong system and part of the government’s plan to build up Hong Kong as an IP trading centre. Providing for substantive examination of short-term patents should help curb potential abuses of the short-term patent system and provide greater certainty for third parties. As the significant changes run in parallel with the existing re-registration system, applicants have the choice of applying directly in Hong Kong for an originating patent, or protecting their rights through "re-registration" as before. This provides patent owners with more options for protecting their rights, but filing strategies must still be planned carefully, depending on market and operational needs. 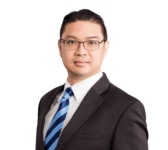