This paper gives an overview of the Hong Kong’s listing regime for SPACs.

What is a SPAC?

A SPAC is defined under the Rules Governing the Listing of Securities on the Stock Exchange (Listing Rules) as “an issuer that has no operating business and is established for the sole purpose of conducting a transaction in respect of an acquisition of, or a business combination with, a target, within a pre-defined time period, to achieve the listing of the target”.

The major rules and guidance materials for the listing regime for SPACs include:

Suitability and eligibility of SPAC Promoters

Persons who establish a SPAC and/or beneficially own shares issued by a SPAC exclusively to such persons at nominal consideration (Promoter Shares) are the SPAC Promoters (known as “SPAC Sponsors” in the United States).

At the time of listing of the SPAC and on an ongoing basis during the lifetime of the SPAC:

At the time of listing of the SPAC and on an ongoing basis during the lifetime of the SPAC:

Suitability of investors in SPAC securities

The securities of a SPAC must only be marketed to or traded by professional investors defined in section 1 of Part 1 of Schedule 1 to the Securities and Futures Ordinance (Professional Investors).

A SPAC must also meet all other open market requirements applicable to a new listing, including the requirements that at least 25% of its total number of issued shares (and 25% of its total number of issued warrants) are at all times held by the public and that not more than 50% of the securities in public hands at the time of listing can be beneficially owned by the three largest public shareholders.

Funds to be raised from SPAC IPO

The gross funds raised by a SPAC from its initial offering must be at least HK$1,000,000,000, and must (excluding proceeds raised from the issue of Promoter Shares and Promoter Warrants) be held in a ring-fenced escrow account domiciled in Hong Kong and operated by a trustee or custodian whose qualifications and obligations are consistent with the requirements of Chapter 4 of the Code on Unit Trusts and Mutual Funds administered by the SFC, and the monies must be held in the form of cash or cash equivalents.

The monies held in the escrow account must not be released to any person other than to:

Any interest, or other income earned, on monies held in the escrow account may be used by a SPAC to settle its expenses.

SPAC listing applicants should engage a sponsor in connection with its listing application. The sponsor should conduct due diligence (including, among other things, whether the SPAC Promoters and the SPAC’s internal controls meet the Listing Rule requirements) prior to the submission of a “substantially complete” listing application in accordance with Paragraph 17 of the Code of Conduct for Persons Licensed by or Registered with the SFC and Practice Note 21 of the Listing Rules.

Trading arrangement of and restrictions on dealing in SPAC securities

SPACs must apply to list the SPAC Shares and the SPAC Warrants that trade separately from the date of initial listing onwards.

SPAC Promoters (including their directors and employees), SPAC directors and SPAC employees, and their respective close associates are prohibited from dealing in any of the SPAC’s listed securities prior to the completion of a De-SPAC Transaction.

Type – The Exchange will not consider a Successor Company to be eligible if it qualifies for listing only by virtue of the application of Chapter 21 of the Listing Rules (Investment Companies).

Size – A De-SPAC Target must have a fair market value of at least 80% of funds raised by the SPAC from its initial offering.

Total amount – The total funds to be raised from the independent third party investors (which must be Professional Investors) must constitute at least the following percentage of the negotiated value of the De-SPAC Target:

The investments made by the independent third party investors must result in their beneficial ownership of the listed shares in the Successor Company.

Shareholders’ approval for a De-SPAC Transaction

A De-SPAC Transaction must be made conditional on approval by the SPAC’s shareholders at a general meeting. SPAC Promoters and their close associates must abstain from voting.

Deadlines for announcing and completing a De-SPAC Transaction

The Exchange may permit an extension of either deadline for a period of up to six months if the extension is approved by an ordinary resolution of the SPAC’s shareholders at a general meeting (on which the SPAC Promoters and their respective close associates must abstain from voting).

A Successor Company must have 100 Professional Investors at the time of listing.

A Successor Company must meet all other open market requirements applicable to a new listing, including the requirements that at least 25% of its total number of issued shares are at all times held by the public and that not more than 50% of the securities in public hands at the time of listing can be beneficially owned by the three largest public shareholders.

Application of the Takeovers Code

The application of Rule 26.1 of the Takeovers Code in relation to a De-SPAC Transaction which would result in the owner of the De-SPAC Target obtaining 30% or more of the voting rights in a Successor Company would normally be waived.

SPAC Promoters must not dispose of any securities of the Successor Company during the period ending 12 months from the date on the completion of the De-SPAC Transaction.

Prior to a shareholder vote on any of the following matters, a SPAC must provide its shareholders with the opportunity to elect to redeem all or part of their holdings of SPAC Shares (for an amount per SPAC Share which must be not less than the price at which the SPAC Shares were issued at the SPAC’s initial offering):

The Exchange may suspend the trading of a SPAC if the SPAC fails to:

Within one month of the suspension, the SPAC must return the funds it raised at its initial offering to all holders of SPAC Shares as held in the escrow account on a pro rata basis.

Upon the return of funds, the Exchange will cancel the listing of the SPAC’s securities. 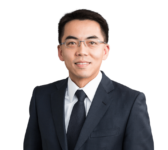 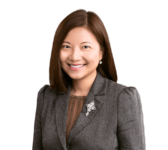