The Hong Kong Court has power pursuant to section 327 of the Companies (Winding Up and Miscellaneous Provisions) Ordinance (Cap. 32) to wind up a foreign-incorporated company in Hong Kong. Before the Court can exercise its statutory jurisdiction, the following three well known “core requirements”, cited by the Court of Final Appeal in Kam Leung Siu Kwan v Kam Kwan Lai (2015) 18 HKCFAR 501, must be satisfied:

The Court of First Instance (Harris J) held that the second core requirement was satisfied such that the leverage created by the prospect of a winding-up petition would constitute a reasonable prospect of benefit for Arjowiggins. This decision was upheld by the Court of Appeal.

The issue on which Shandong Chenming was granted leave to appeal to the Court of Final Appeal ([2022] HKCFA 11) was a narrow one, concerning the nature of the benefit: whether the Hong Kong Court should exercise its winding-up jurisdiction over foreign companies on the basis that a “benefit” is made out under the second core requirement if such “benefit” does not arise as a consequence of the winding-up order being made, but rather, would only ever be realised if the winding-up order is either avoided or discharged. In other words, is the “leverage” created by the prospect of a winding up order (as opposed to the making of the order) a legitimate form of “benefit”

Shandong Chenming argued that the core requirements are jurisdictional restraints, that their rationale is comity, and the accompanying presumption against extra-territoriality. Therefore, the proper interpretation of the core requirements must be informed by their limitations and the principle of non-interference, and in particular that comity militates against accepting leverage as a proper benefit. Shandong Chenming also contended that the second core requirement has always insisted that the benefit referred to has to be a benefit resulting from the making of the winding-up order, and is either money or something convertible into money.

The Court of Final Appeal dismissed Shandong Chenming’s appeal on the basis of the following observations:

The Court of Final Appeal confirmed that the leverage created by the prospect of a winding-up (as opposed to the making of a winding-up order) is a legitimate form of benefit under the second core requirement. Indeed, the fact that the adjournment of the winding up petition was ordered on terms, which were complied with, that Shandong Chenming procure the payment of the amount in the statutory demand plus interest, demonstrated the efficacy of the commercial pressure that the presentation of the petition gave rise to. They added that the benefit to the petitioner had to be a real possibility, rather than a theoretical one.

The Court of Final Appeal also stated that the three core requirements above are not statutory provisions, but self-imposed restraints on the exercise of the statutory jurisdiction. They do not preclude the existence of the jurisdiction to wind up foreign-incorporated companies.

Comment
This decision confirms that the second core requirement will likely be relatively easy to satisfy going forward, on the basis that we see it as likely that many petitioners will be able to demonstrate an identical “benefit” as in these proceedings. 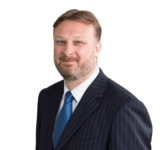