The concept of an “ETF Connect” was first referenced in the joint announcement by the Hong Kong Securities and Futures Commission (SFC) and the China Securities Regulatory Commission (CSRC) on the Shenzhen-Hong Kong Stock Connect scheme in August 2016. The announcement stated that the regulators had reached a consensus to include ETFs as eligible securities under the mutual market access scheme and indicated that a launch date would be announced separately after Shenzhen-Hong Kong Stock Connect had been in operation for a period of time and upon the satisfaction of relevant conditions. ETF Connect is a cross-border access scheme, which will allow investors in Hong Kong to access Shanghai and Shenzhen listed ETFs, and Mainland investors to trade Hong Kong ETFs. There has been no further public clarification as to what is meant by the “relevant conditions”. Nor have any details been released on which types of ETFs will be eligible, the application procedures, and any domiciliation requirements for the ETF or the ETF manager.

In June 2017, Hong Kong Stock Exchange Chief Executive Charles Li stated in an interview that ETF Connect was still the subject of talks between the respective regulators and that the rules hadn’t yet been agreed. “The regulators need to find terms they are comfortable with for ETF connect,” said Li.

In his keynote speech at the 8th Pan Asian Regulatory Summit on 10 October 2017, Ashley Alder, the SFC’s CEO, said “It is understandable that the CSRC should be cautious about further market development ideas – including an expansion of Stock Connect to other products – unless it can be confident that potential risks can be identified and contained.” “The reality is that only Hong Kong, and no other overseas financial centre, can deliver the type of regulation able to give investors and, crucially, the Mainland regulators the level of assurance necessary to enable our markets to play a leading part in China’s opening up.”

In the 2017 Policy Address which was delivered on 11 October 2017, Hong Kong’s Chief Executive said, “In deepening mutual financial market access between Hong Kong and the Mainland, we will explore the possibility of including in the two-way mutual access mechanism a wider range of investment products, such as exchange traded-funds…”.

There is much anticipation for the launch of ETF Connect which could further diversify Hong Kong’s ETF market enabling it to become a major regional ETF trading hub, although concerns remain that there are impediments to growth, such as Hong Kong’s commission-based fee model which encourages banks to promote fund sales over ETFs. 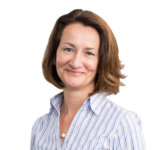