In our previous article of 19 September 2017, we mentioned that a Code of Practice may be issued by an “authorised body” appointed by the Secretary for Justice to set out the practices and standards with which third party funders are ordinarily expected to comply in carrying on activities in connection with third party funding of arbitration. On 30 August 2018, the Department of Justice launched a two-month public consultation to seek views on the draft Code of Practice for Third Party Funding of Arbitration and Mediation (Draft Code).

We set out below some of the key provisions contained in the Draft Code.

The third party funder must take reasonable steps to ensure that the funded party has received independent legal advice on the funding agreement. A reasonable step includes a written confirmation from the funded party that independent legal advice has been taken on the funding agreement before it was entered into: see paragraphs 2.3 and 2.4 of the Code.

Other terms which must be included: Hong Kong address for service, all key features, risks and terms of the proposed funding, name and contact details of the advisory body responsible for monitoring and reviewing the operation of third party funding: see paragraph 2.3 of the Code.

A third party funder has a continuous obligation to ensure that it maintains the capacity to pay all debts when they become due and payable and cover all of its aggregate funding liabilities under all of its funding agreements for a minimum of 36 months. It must also maintain access to a minimum of HK$20 million capital, and provide proof of such in the form of an auditor’s opinion or evidence from a qualified third party: see paragraph 2.5 of the Code.

The funding agreement must state whether (and if so to what extent) the third party funder is liable to the funded party to: (1) meet any liability for adverse costs; (2) pay any premium (including insurance premium tax) to obtain costs insurance; (3) provide security for costs; and (4) meet any other financial liability: see paragraph 2.12 of the Code.

In addition to the above, the Draft Code also includes provisions on the responsibility for subsidiaries and associated entities, promotional materials, confidentiality and legal professional privilege, disclosure, disputes regarding the funding agreement, complaints procedure and annual returns.

Similar to in England and Wales, third party funding is not regulated in Hong Kong. Non-compliance with the Code of Practice does not render any person liable to any judicial or other proceedings, but it is admissible as evidence in other proceedings (section 98S of Cap. 609). 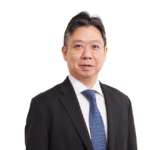