Following a two day hearing before Mr. Justice Bharwaney on 17 and 18 September 2012, and after hearing arguments from parties’ Leading Counsel, Michael Ozorio SC for the Plaintiffs and Kumar Ramanathan SC for the Defendants, in three personal injury claims, Bharwaney J ruled that:

As a result, Bharwaney J directed that the following be tried as a preliminary issue on 6 & 7 November 2012:

Whether, having regard to economic developments from 1995 up to the present time, the Cookson v Knowles assumption of a net rate of return of 4.5% remains valid in Hong Kong and, if not, what the net rate of return based upon which multipliers ought to be assessed and awarded is.

Leave was given to the parties to adduce expert evidence on the interpretation of historical data of the investment returns, net of inflation, of various investment vehicles from 1995 to date.

The underlying application was prompted by the decision in  Simon v Helmot handed down in Guernsey, which questioned the discount rate to be applied to awards in personal injuries claims, given the current rate of return on index linked gilts and the difference between earnings inflation and price inflation. The decision in Guernsey led to a significant increase in the damages awarded and the decision to allow expert evidence on the interpretation of historical data could pave the way for a similar decision in Hong Kong.

A Deacons newsletter containing an analysis and comments on the ruling will follow, once Bharwaney J’s written judgment has been handed down. 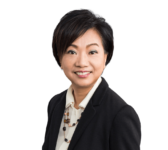