With the potential to reach millions of people, social media, which includes any online platform for sharing information or communicating, has grown in importance to business. Ignore it at your own peril because your competitors and customers, particularly dissatisfied customers, are not. Competitors are using it to build profile, attract new customers (possibly yours) and create ‘buzz’. Dissatisfied customers are also using it to vent their anger. Charmaine cited the example of United Airlines which damaged, then refused to pay for, a musician’s $3,500 guitar. The musician made a You Tube video, ‘United breaks guitar’ which went viral and had more than 5 million views within one month. Numerous high profile media, such as LA Times, Chicago Tribune and The Economist covered the story which encouraged thousands of unhappy UA customers to complain/comment. By the time the airline addressed the problem, the brand had been damaged, customers lost and share value significantly decreased.

Companies need to be aware of how social media can damage their brand and trademarks, such as by brand jacking (eg. Twitter account @BPglobalPR, a satirical account that attracted more followers than BP’s official account during the 2010 oil spill crisis) and fake websites designed to ‘look and feel’ like the original. Phishing, which mimics real websites/customer communications uses ‘baits’ that the potential victim will “bite” by clicking a malicious link or opening a malicious attachment, through which their financial information and passwords may then be stolen. Losses due to phishing were estimated at US$3.2 billion in the US in 2007.

Companies therefore need to be alert to malicious use of their brand, services and products and educate their customers (eg. by telling customers that no one from the company will ask for passwords or other sensitive information through email or phone), improve security, monitor through external monitoring services to challenge fake domain name registrations and sites and where necessary initiate criminal or civil legal proceedings. Charmaine warned that legal action may backfire citing the “Streisand Effect” where Barbara Streisand tried to suppress web publication of aerial pictures of her residence, one of 12,000 photographs of the California Coastal Records Project. She sued the photographer for a large sum. Before initiation of legal action, the photo in question had drawn 6 views (2 by Ms Streisand’s attorney). The publicity generated over 420,000 views. Sometimes other methods are preferred, such as engaging with the ‘infringer’ or ignoring it. 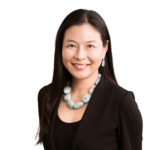