In order to further regulate labour dispatch arrangements, the Ministry of Human Resources and Social Security promulgated the Tentative Provisions on Labour Dispatch ("Provisions") which came into effect on 1 March 2014.

The Provisions clarify and elaborate certain ambiguous or incomplete points relating to labour dispatch arrangements in the PRC Labour Contract Law in furtherance of the implementation thereof, though some questions and doubts still remain. Below is a summary of the salient points of the Provisions which may give you a general idea of what has been laid down in the Provisions:

Restrictions on Positions and Percentage for Use of Dispatched Staff

While the Provisions are expected to facilitate the implementation of the legal framework for labour dispatch under the PRC Labour Contract Law with more clarity and details, certain issues remain unclear or untouched upon. For example, it is not clear as to when an employer with excessive dispatched staff shall file an employment adjustment scheme, what if the employer does not file it or fails to meet the statutory limit within the prescribed period and whether renewal of the use of dispatched staff will be regarded as the use of new dispatched staff. Therefore, it is advisable to pay close attention to the further developments and implementation of the Provisions and implement and/or adjust the employment arrangements as necessary and appropriate. 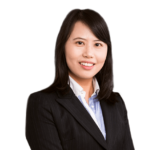