Hong Kong has a territorial tax code: generally speaking, only the Hong Kong source profits of a trade, profession or business carried on in Hong Kong are taxable. This strict notion of territoriality has long been advanced by the Government and the private sector alike as a reason to invest and to do business in Hong Kong. Unfortunately, the Hong Kong Inland Revenue Department (“IRD”) has in recent years sought to erode the territoriality principle as previously understood by seeking to characterise any activity in Hong Kong as potentially constituting a basis on which to charge tax. In the recent decision in Newfair Holdings Limited v CIR [2022] HKCFI 1133, the Court of First Instance (“CFI”) affirmed the orthodox approach to territoriality endorsed by the Privy Council and the Court of Final Appeal, and definitively rejected any attempt on the part of the IRD to broaden the scope of taxation in Hong Kong beyond the clear words of the s.14(1) Inland Revenue Ordinance (Cap. 112) charging provision to profits tax.

Deacons acted for Newfair Holdings Limited (“Newfair”) both as solicitors and as advocates before the Board of Review (the “Board”) and the CFI.

The taxpayer, Newfair, was a wholly-owned subsidiary of a Dutch company. It had a registered office in Hong Kong, which was the office of an accounting firm acting as a corporate services provider. No staff was employed by Newfair in Hong Kong: the commercial contracts with its suppliers and customer from which it derived its profits were in general concluded by one of its directors, who was resident in the Netherlands and did not operate in Hong Kong, and all support and administrative work was done by the staff of an associated entity within the same corporate group (“Associated Entity”) in the Netherlands. Newfair, however, operated a bank account in Hong Kong.

Newfair was interposed between the Associated Entity and its suppliers: it sourced merchandise from Mainland China, and then sold it to the Associated Entity at a mark-up. Its business profits were comprised in that mark-up. It was common ground that the structure had been implemented by the Dutch corporate group in which Newfair was comprised for fiscal efficiency in the Netherlands as advised by the group’s tax advisors.

In summary, the business of Newfair was transacted as follows:

The IRD assessed Newfair’s profits to profits tax, asserting that these were Hong Kong source profits of a trade or business that Newfair carried on in Hong Kong. Newfair appealed to the Board (Hong Kong’s tax tribunal of first instance). The Board dismissed the appeal, holding that Newfair carried on a business in Hong Kong and Newfair’s profits of such business arose in or were derived from Hong Kong. Specifically, the Board held that Newfair derived its profits from being interposed between the suppliers and the Associated Entity, and that this interposition was in Hong Kong. Newfair appealed the decision of the Board to the CFI.

The CFI allowed Newfair’s appeal, holding that it did not carry on a trade or business in Hong Kong and, in any event, its profits did not arise from commercial operations in Hong Kong and were therefore not sourced from Hong Kong and so not chargeable to profits tax under s.14(1).

First, and as regards the issue of whether Newfair carried on a trade or business in Hong Kong, the CFI held that the focus of inquiry should be what an entity does, and not what it is. Newfair did not have any employees in Hong Kong, and, apart from its Hong Kong registered office, its sole asset in this jurisdiction was its bank account. Relying on well-established authorities on point including Grainger & Son v Gough [1896] AC 325, the CFI confirmed that where an entity generates profits from purchase and resale, it should in general be taken to carry on that activity in the jurisdiction where the relevant contracts were concluded. Such contracts gave rise to real rights and obligations and could not be disregarded as having no significance for tax purposes. As the Purchase Agreement and the Sales Agreement were both concluded outside Hong Kong, and no commercial operations were effected in Hong Kong, Newfair did not carry on a trade or business in Hong Kong.

The CFI further confirmed that the mere receipt of the proceeds from the sale of merchandise sourced in Mainland China to the Associated Entity in a Hong Kong bank account did not constitute an activity that generated profits. It was merely an administrative act after the profits-generating contracts were concluded and would not constitute Newfair as carrying on a business in Hong Kong. Designation of a principal place of business in contractual documentation was also irrelevant to the identification of the jurisdiction from which the profits in reality and in fact arose.

Second, and as regards to the issue of whether Newfair’s profits were sourced from Hong Kong, the CFI concluded that the Board’s reasoning that Newfair’s business model in Hong Kong constituted an identifiable profits-generating activity imputable to its earning of the 35% mark-up from resale to the Associated Entity was contrary to the only true and reasonable conclusion. The proper scope of the inquiry on the locality of profits is what the taxpayer actually does to earn its profits, and where it does that. As with the issue of whether Newfair carried on a trade or business in Hong Kong, the CFI therefore confirmed that the Commissioner could not charge profits tax on the basis of what a taxpayer was as opposed to what it actually did to generate profits. The interpositioning of Newfair was not a commercial operation and it did not itself generate any profits. The Purchase Agreement and the Sales Agreement were genuine profit-generating agreements that the Commissioner was not entitled to disregard by designating them as mere ‘formalities’.

Further, referring to the Court of Final Appeal decisions in ING Baring Securities (Hong Kong) Ltd v CIR (2007) 10 HKCFAR 417 and Kwong Mile Services, which remain the most authoritative recent statements on the source principle in Hong Kong, the CFI confirmed that the exercise of ascertaining the locality of profits should not be distracted by antecedent or incidental activities of the taxpayer’s business. The operation by Newfair of its Hong Kong bank account for receiving trading income was irrelevant to the inquiry as this was simply an incidental act done after the formation of the profits-generating contracts.

Finally, the CFI helpfully clarified that although Newfair was instrumental to a structure that procured tax efficiency for its corporate group in a foreign jurisdiction that did not mean that it was thereby taxable in Hong Kong. Merely because profits are not taxed elsewhere does not make them taxable in Hong Kong, nor, indeed, is successful tax planning abroad a basis for the IRD to seek to impose tax in Hong Kong.

How we can help

Planning and disputes involving profits tax are fact-sensitive and may be highly complex. We have extensive experience advising clients in both non-contentious and contentious corporate tax matters, and representing them before the Board and higher courts in the event of a dispute. 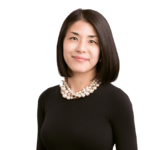