Deacons was recently recognised in Asian-Mena Counsel’s Deals of the Year 2015 for our advice on a co-financing deal for three Hollywood films including The Revenant, which has taken the 2016 awards season by storm and generated almost US$500 million in global box office.

Asian-Mena Counsel’s special report highlights the most innovative, complex, unique and mega deals of the year. Our accolade refers specifically to Deacons’ advice on the formation of a partnership between Alpha Animation, China’s largest animation company, Catchplay, the Taiwan-based distributor backed by Cher Wang, and the executive producers, relating to a novel multi-picture co-financing and distribution arrangement with New Regency Productions.

The Revenant, which was the first New Regency film released under the deal, took top prizes at this year’s Golden Globes, BAFTA and Oscars, including Best Motion Picture, Best Actor for star Leonardo DiCaprio and Best Director for Alejandro G. Inarritu.

The publication reports the deal was “… a precursor to China’s Dalian Wanda’s US$3.5 billion investment in Legendary Entertainment 12 months later.”

We are delighted that Deacons is once again recognised for the quality of our work and rapidly developing presence in the alternative investment sector. 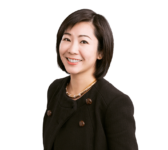